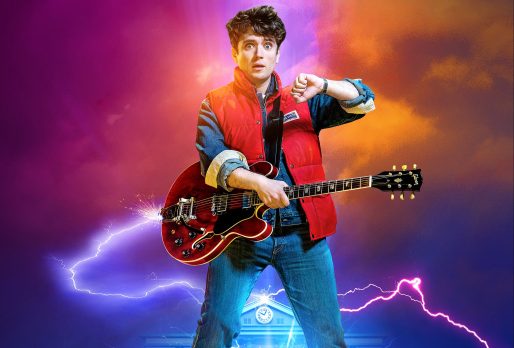 Creators of the film Bob Gale and Robert Zemerick have reunited with composer Alan Silvestri to carry out this upcoming show which has already thrilled some of the original cast members. Scheduled to open in February for a limited 12-week season, the production will be directed by Tony Award winner John Rando and will feature actor Olly Obson as Martin McFly.

That’s the power of love! Or of musical theatre. Because it seems no great story feels fulfilled until it makes to the stage – better if dressed in a lavish scored gown. If romance was one of the usual standards for these shows, now magic and even sci-fi are finding their own place in the most popular genre there’s ever been in this business. Back to the Future is no exception. The iconic 80s movie is getting itself a live adaptation which will be first seen at the beggining of next year – with some of its original creators onboard once again.

Scheduled to open in February at the Manchester Opera House for a strictly limited 12-week run before its debut in the West End, the production will be backed by Colin Ingram (Ghost – The Musical), with Robert Zemerick and Bob Gales, authors of the Universal Pictures / Amblin Entertainment movie, once again behind the plot. But words and story will not be the only thing familiar to the audience, since composer Alan Silvestri (who wrote its memorable soundtrack in 1984) has also reunited with the team – this time to also pen the songs.

Directed by Tony-award winner John Rando (Urinetown, On The Town) and starring Olly Obson (Bat Out of Hell) as Martin McFly, the upcoming show has already thrilled the film’s cast members. “Ever since Bob Gale told me about this, I’ve been eagerly anticipating it and, in particular, wondering what it will be like to hear Doc Brown sing”, says Christopher Lloyd, who originated the role of the crazy scientist. “So I’m really looking forward to attending the opening in Manchester to experience our wonderful movie as a musical. I’m only sorry I don’t have a real time machine so that I could see it tomorrow!”

“Bob Zemeckis and I have been trying to get this project off the ground for years, but good things take time and finally, the time is right”, says writer Bob Gale. “Our cast is outstanding, the songs are fantastic, and director John Rando is doing an amazing job ensuring the show truly captures the magic of the movie.  We’re thrilled that we can retell our story on stage in a brand-new way, and we’re certain that Back to the Future fans all over the world will share our enthusiasm. In the words of Marty McFly, ‘your kids are gonna love it’ – and so will you and your parents. There’s truly no better way to celebrate the movie’s 35th Anniversary, and we’re happy to say ‘The Future’ is coming back!”.

Back To The Future will have its first performance on February 20th. Tickets are already available on the following link.